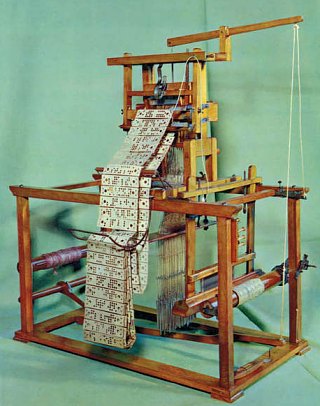 A beautiful story: Since his childhood, his father had taught Joseph Marie Jacquard the trade of a lake shooter. This involved lifting the frame of the wrap threads so that the weaver could pass the weft thread through. It was such a hard job that it was done by children!!!! The more motives there were, the harder and more complicated the work. Haunted by the idea of seeing children do the hard work of lake shooter, a profession he suffered so much as a child, he invented a machine that revolutionised the Lyon silk industry. So he set up a punch card system that replaced the hard work of the lake shooters and eased many children’s life.
The work became simpler and also faster to make patterns on fabric… it was enough to replace the punch cards

All of our textiles woven and produced in the heart of Cape Town, South Africa.

All of our designs are inspired by our travels throughout Africa, and every collection has it’s own unique story.

All our collections can be customized in size, color and fiber composition.